I would like to tell you about an innovative game, Run an Empire, which has been in development for some time now since it was launched in beta after a KickStarter fundraising campaign in 2014. I was not able to participate in the first fundraising campaign but Location Games, the publisher, did a new fundraising campaign one year later, which I participated in. That’s when I was able to access a first beta version that had nothing to do with the application as it is today.

Precisely, the application, let’s talk about it: Run year Empire is a multiplayer strategy game that consists of capturing territories, winning pieces and using them to evolve your territory from the Stone Age to the Space Age. It looks a little like games like Civilization or Age of Empire.
The big peculiarity of Run an Empire is that clicking on its screen will not be enough, there it will be necessary to put on your shoes and sweat with big drops to defend your territory since the game takes place in the real world and that to progress, the game forces the players to literally move on the map.

To progress, you’ll have to go out and sweat a lot since the game takes place in the real world

To capture territories, you must therefore run across them (or walk for those who do not feel able to ask for a running session). At each race, the application counts the number of plots crossed (the “hexagons” in the game). Each run brings back coins that can be spent to build infrastructure on the territories you have conquered.
These infrastructures then allow you to “produce” and to win parts automatically per time period (even if you will win many more parts by going running).
The goal of the game is therefore to increase production to gain more parts and thus be able to improve infrastructures. When you reach a coin level, the application offers to exchange all your coins for the next era (for example, the Iron Age, the Classical Age, the Renaissance Age…). Each era offers new and more advanced means of production, new buildings…

The map design is particularly successful!

As you can see from the screenshots, the map design is particularly successful (it has nothing to do with the first version of the game anymore). The map is divided into small hexes. To conquer a hex, it is necessary to run through it, so it is the GPS track of your run that will determine the hexes you have crossed.

Other mechanisms are also in place to increase competition between runners such as capture of castles (which gives a bonus in production).

It should be noted that initially, I used the application very little since it required running with the phone and triggering a run from the application. However, I don’t run with my iPhone but only with my Garmin and my Apple Watch. Recently, it has been possible to synchronize the application with Strava to automatically bring up the races.
The functionality has just been released and there are still some bugs: the race is systematically raised twice (even if the application now detects the duplicate and no longer awards double points), the race statistics are inaccurate (error in the number of kilometers, in the pace and speed).

The application includes a micro-purchasing system (to buy coins, gems…) but it is quite possible to progress without having to pay a cent.

My first impressions of Run an Empire are very good, I find myself coming back to it several times a day even if for the moment the interest is still limited since there are very few players in France but let us bet that the situation should change very quickly. The game design is particularly careful, the progression mechanisms are well thought out, the pleasure of playing is there despite some bugs that still remain on the synchronization with Strava but no doubt that it will be fixed very soon.

The application is available on iOS and Android: 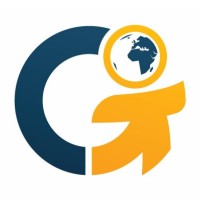